Our membership has always been theologically and liturgically eclectic as witnessed by the various elements of our worship that have been gleaned from the Roman Catholic Sacramentary, the Episcopal Book of Common Prayer, the Lutheran Book of Worship, the United Methodist Book of Worship, the Presbyterian Book of Common Worship, and many other less well publicized texts resulting from the liturgical consensus of the 1960s and beyond.

In each of these “sharing the altar” situations we would barter the services of our pastor in lieu of paying rent.   Depending on the need, David would teach adult religious education classes, lead Bible Studies, provide pulpit supply, conduct healing services, facilitate bereavement support groups or other parish meetings in times of transition, serve as a resource person for information about Hospice or other End-of-Life issues, play the organ and conduct the choir, and otherwise just be of assistance to the pastor and/or the congregation of the host church.   We still count many friends with whom we shared God’s love through these relationships and are very grateful for their ongoing support!

In 2013, The Mission transitioned away from meeting in other folks' church buildings and rented space from Admirals Hill Office Suites (Chelsea); there we maintained an office and held services in the Conference Room.   After two years we opted to give up the office space in Chelsea.   As the pastor’s residence—with our beloved Saint Florian Chapel—had recently been sold, we moved the bulk of our “church stuff” to a storage facility in Malden from where we would carry what was needed for our twice-monthly services in the Hamilton Room of Atria Maplewood Place (Malden).  Our services at Atria Maplewood Place ended Labor Day weekend 2016 when our pastor was allowed a well-earned sabbatical.

In 2016, we went on hiatus and entered into a period of self-study.   Our hiatus was extended when our pastor had to extend his sabbatical to care for a family member’s medical crisis.   Our hiatus had to be extended even further due to the Covid-19 Pandemic and the difficulty of finding appropriate space in which to meet for public services.

Currently (2022), we are in the process of looking for space to erect a chapel—or share the altar with another congregation--so as to resume public services.   In the meantime, we are offering periodic adult religious education "events" and other pastoral care as we are able. 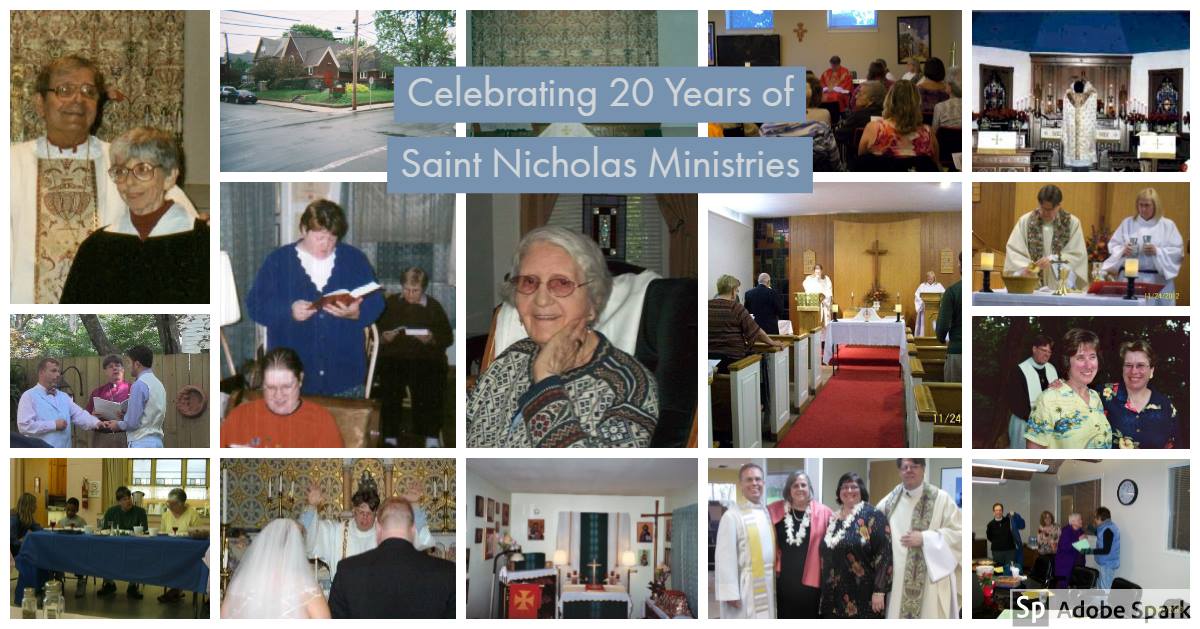 Sacramental Records may be obtained by contacting: